A project to learn how to improve access to remote advice and reduce the barriers currently being faced by clients from marginalised communities?

From the very beginning of the project the Lab team were determined to meet the goals of their brief by learning to embed co-design and co-production principles into their service design process, in the form of a framework.

In order to create a framework that was sustainable and efficient, we not only made an effort to understand the culture of the organisation, but we invited members of the Lab team to help co-create the framework with us.

It was important to understand the dynamics of the team and their design process before we explored new ways of working.

This meant that our next step was to launch several ‘Safe Space’ sessions.

We understood that it may be uncomfortable to critique your own work environment, but establishing a culture of honesty was a vital step in developing something that was fine-tuned to the needs of the organisation.

Following the Safe Space sessions, we spent some time interviewing each team member on a 1 on 1 basis to delve a little deeper into the reality of their design sprint process.

• The permission to be wrong

• The timing of the design process

• Creating a safe space for participants

After launching the Safe Space sessions and interviews with members of Citizen Advice’s Lab team, we were able to create a Co-creation playbook which provided resources and advice tailored to the particular goals of the organisation.

As mentioned previously, it was important for us to co-create the playbook with the Lab team in order to show them an example of how they could execute co-creation projects going forwards.

Some of the suggestions included:

Proposing two different kinds of sprints: one geared towards the exploration of a new topic (Emergent sprint) and the one where the team have a particular goal in mind before starting the sprint (Fixed sprint)

Rituals: moments where the team can slow down, reflect and talk about their experiences while running the project.

And several other strategies on how to recruit participants early in the process, prototype concepts, sharing findings, and more. 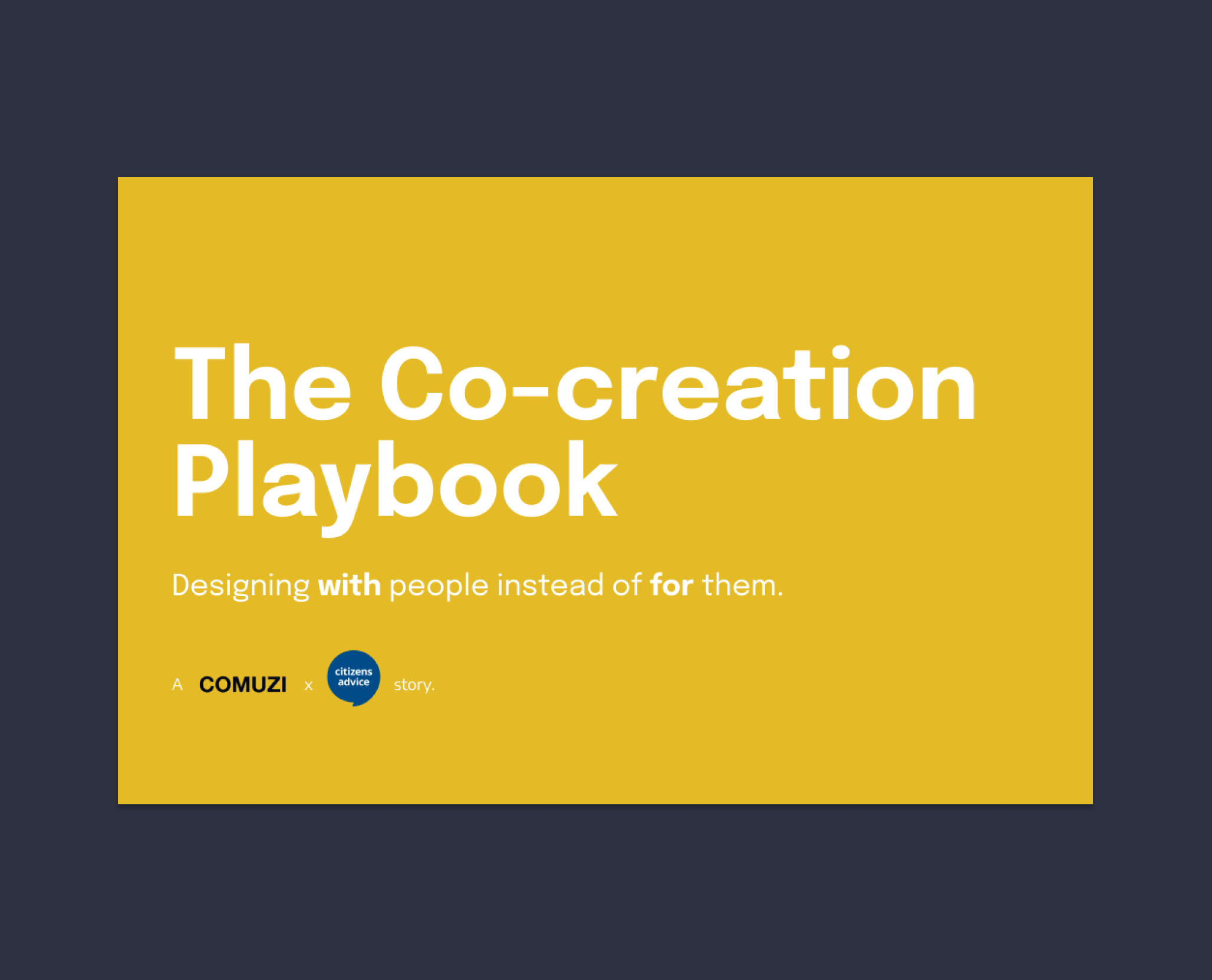 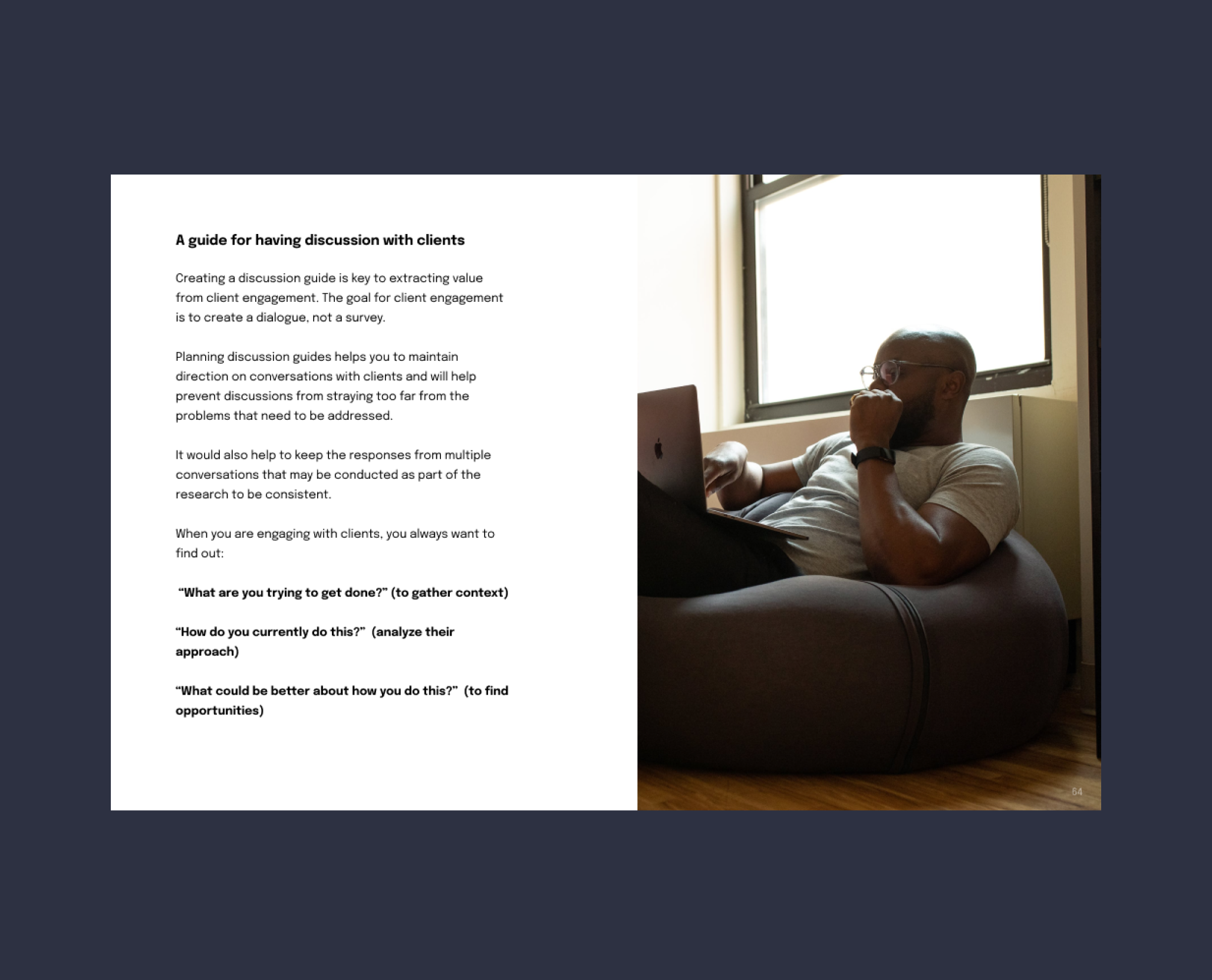 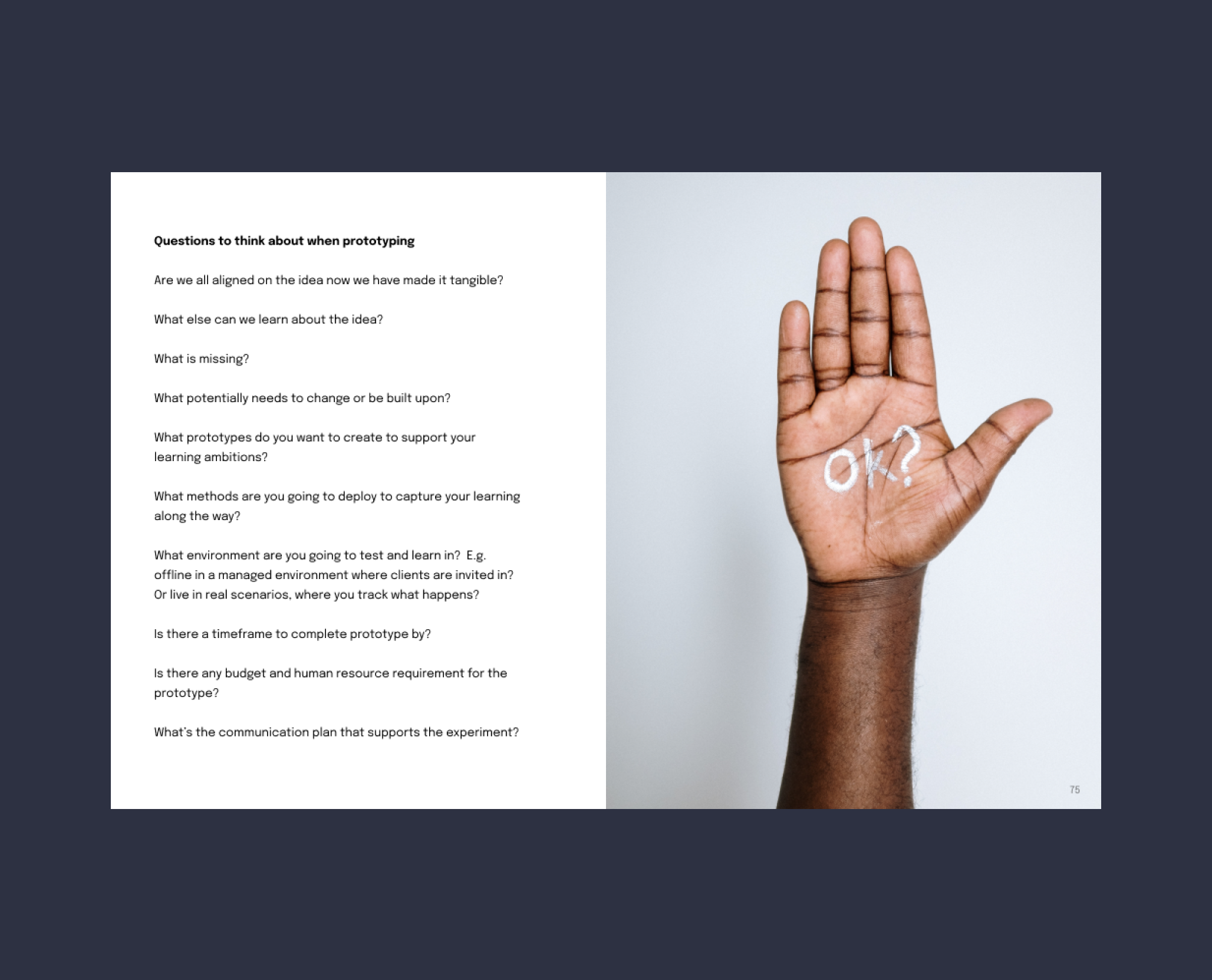